The evolution of Search Engine Optimization (SEO) has been quite dramatic. In the early days of SEO, the practice was to spam links and stuff as many keywords in as you could until you ranked well for your chosen keywords. It wasn’t long before Google put a stop to those methods of ranking, and after many updates, to its algorithm we have the SEO of today.

While the basis of Google’s algorithm has been in place since the mid-2000’s there have been many changes to the algorithm over the past ten years, and consequently to the way we approach SEO today.

Let’s analyze some of those changes:

While content was recognized as being an integral part of SEO in the early days, it was seen as a place to stuff keywords and fill with links of little or no value. Google’s definition of ‘good’ content has evolved at a steady pace, but the release of 2011’s Panda update put paid to websites and blogs that relied predominantly upon keyword stuffing and spammy content by not only reducing their ranking but sending them into oblivion.

After 2011 good quality, relevant content became the way to grab Google’s attention, and so began the era of content marketing. The term “content is king” became the buzz word, and while it may seem clichéd today, the concept is still valid.

While the definition of what constitutes a link scheme is not altogether clear to some, Google attempted to educate SEOs as to what they saw as being an attempt to manipulate ranking through linking strategies, going as far as to provide examples. Throughout the 2000’s Google worked tirelessly to remove what they considered to be link schemes, and when the 2012 Penguin update was released a new style of link building came into being. Google favored natural linking both to and from authority sites and ranked sites accordingly.

The face of local SEO had totally changed since 2006. While there have been many small updates over recent years the one that had the biggest impact on ranking came about when Google released the Pigeon update in 2014.

While the changes to the search engine results pages have often been very subtle, significant change has occurred over the years. If you were to look at a screenshot of a SERP from 2006 and compare it to what you would see today, the change is quite evident.

In 2012 Google introduced their Knowledge Graph, and it has proven to have a significant influence on SEO ever since. The Knowledge Graph was designed to provide quick, succinct answers to user’s queries, often by presenting the user with a box containing general information relevant to their query, and at other times providing the precise answer they were seeking. This has been somewhat detrimental to organic search results but can be particularly helpful to the user.

SEO’s have had to change tactics to compensate for the Knowledge Graph. Often this requires avoiding targeting answerable keywords or by attempting to make their content more deliverable using Schema.org micro formatting.

Beginning when the first iPhone was released back in 2007 the use of mobile devices to view websites and to search for information has grown by huge leaps and bounds. This has caused SEO’s to address the need to make their websites mobile-friendly, and today mobile queries account for more searches than desktops. Having a mobile-friendly website in today’s Internet environment is not optional; if you want to compete you must address the needs of the mobile device user.

Keyword stuffing became a thing of the past when Google’s Panda and Penguin updates changed the face of SEO. With Google’s Hummingbird update came semantic search, and a method of assessing the intent of the user, no longer relying on keywords and phrases to direct the search engine results. The focus today is on meaning and not specific keywords. This is not to say that keyword optimization is not still relevant, as it can still impact ranking but to a lesser extent than in the past.

Since Panda had search optimizers reeling in its wake, it seems that Google would randomly release new updates, some bringing massive changes, and others small tweaks. SEO’s struggled to address the new changes with each update, but now that the foundation of the algorithm has been stabilized, updates are far less dramatic and are typically released more gradually.

Understanding how SEO has evolved over the years can be extremely helpful to our Las Vegas SEO company and all online marketers. At the very least it should have convinced you that black-hat methods no longer work and are truthfully a complete waste of time and money. To keep step with Google’s algorithm over the next ten years, you need to be always looking towards the next update. 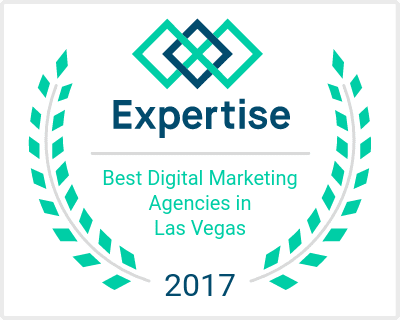